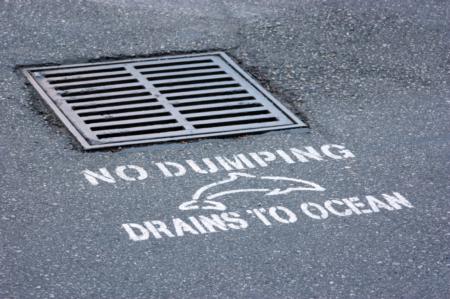 Almost everyone has seen the ubiquitous, “No Dumping, Drains to Ocean,” slogan. 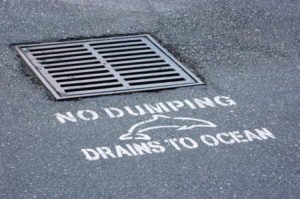 Its pretty clear that you shouldn’t throw trash down the sewers, but why is it important to keep our storm drain runoff to a minimum?

Used oil from a single oil change can pollute up to one million gallons of freshwater.  The EPA estimates that American households improperly dump about 193 million gallons of used oil every year, or roughly the equivalent of 17 Exxon Valdez oil spills.

Every time it rains, the rainwater carries pollutants from the streets, rooftops, and all other impervious areas directly into large bodies of water.  This water contains many harmful contaminants that flow untreated into our oceans, rivers, and lakes.  One ounce of household bleach requires 312,000 ounces of water to be safe for fish.  Thats over 2,400 gallons of water!

As it flows over the land surface, stormwater picks up potential pollutants that may include sediment, nutrients (from lawn fertilizers), bacteria (from animal and human waste), pesticides (from lawn and garden chemicals), metals (from rooftops and roadways), and petroleum by-products (from leaking vehicles). Pollution originating over a large land area without a single point of origin and generally carried by stormwater is considered non-point pollution. In contrast, point sources of pollution originate from a single point, such as a municipal or industrial discharge pipe. Polluted stormwater runoff can be harmful to plants, animals, and people.

Here are 5 tips everyone can try to help keep our water cleaner: 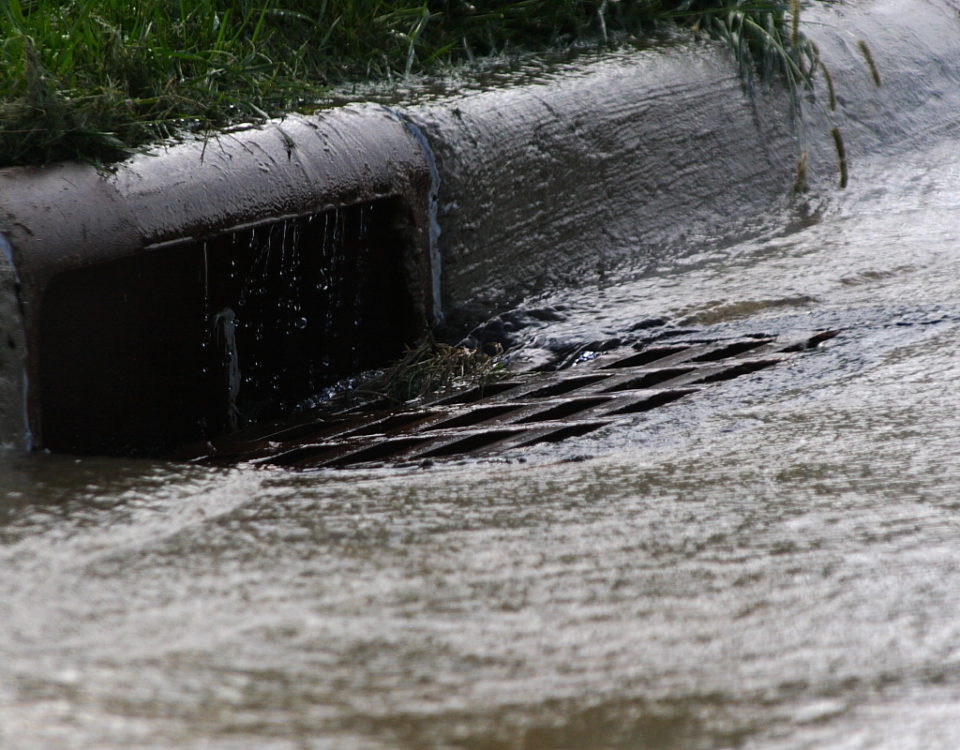